In the fourth and final instalment of our series introducing crypto, we explore a couple trends that offer a hint at how this technology may shape our world in the future.

NFTs
During 2021 there was a significant increase in the number of articles about “Non-Fungible Tokens” or “NFTs.” But what is an NFT? A “fungible” item is one of many identical items.  In the crypto context, Bitcoins are fungible because they can be replaced or exchanged with an identical one of the same value.  On the other hand, an NFT transforms digital content into a unique asset which is linked to the blockchain, electronically “signed” by its creator, and ready for trade.

The uniqueness and tradability of NFTs has created real uses in the worlds of art and collectibles, often with stunning results. For example, in March 2021, the auction house Christie’s caused a stir when it sold an NFT created by the artist “Beeple” for an astounding $69 million.

Some other sales which caused headlines were: 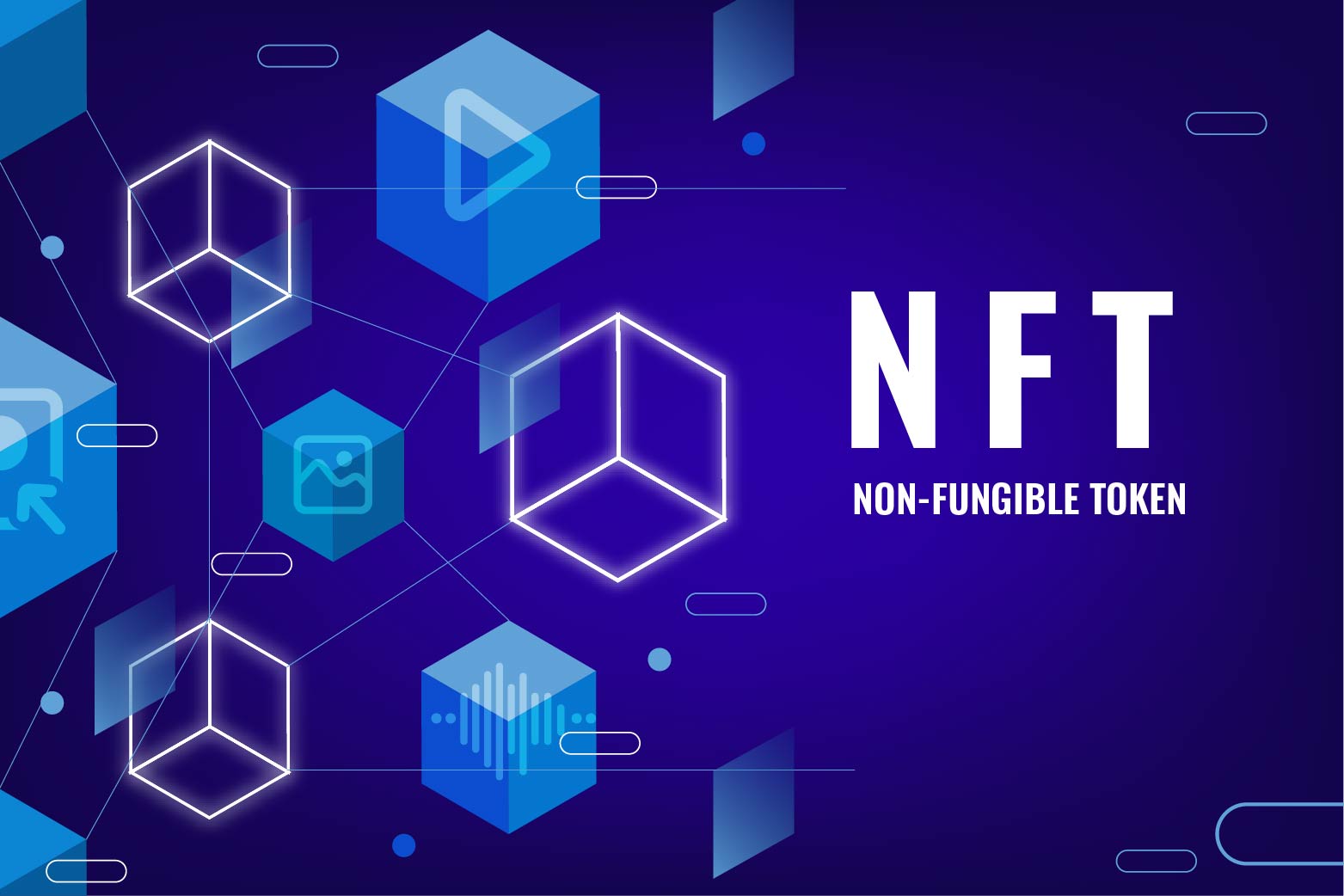 Needless to say, nothing is perfect and in the world of cryptocurrency and digital assets this is especially true. We have identified a few of the risks and potential downsides; however, this is by no means an exhaustive list!

1. VOLATILITY
One of the key characteristics of crypto has been extreme price volatility. The price change in Ether from Feb. 2021 – Feb. 2022 Illustrates this volatility well:

Much like the need to learn a new language when living in a distant land, understanding this new vocabulary is important in navigating the world of crypto. Here are some key terms necessary to understand this brave new world:

1. Bitcoin: the first digital currency. Bitcoins are created through a process called “mining” (see below). As of this post, approximately 19 million bitcoins have been mined. According to the formula for creating bitcoin, around 21 million bitcoins will ever be in existence, ensuring a scarce and stable supply.

2. Blockchain: a shared public ledger in which data is transferred between computers, recorded, and stored securely in “blocks.” These records cannot be edited or deleted. Bitcoin relies on blockchain technology to maintain a secure and decentralized record of its transactions. However, recording cryptocurrency transactions is not the only potential application for blockchain technology.

Source: The ABCs of Bitcoin (cifinancial.com)

If, like us, you pay close attention to the news, you have probably read a lot about cryptocurrency (“crypto”) recently.  A quick search of the Internet provides some crypto-related headlines that are truly eyebrow-raising.  They include: “Most Millennial Millionaires Have Half or More of Assets in Crypto: Report,” “This crypto surges 91% in last 24 hours after Elon Musk’s tweet,” “The Man Who Solved Bitcoin’s Most Notorious Heist” and “Unable to Retrieve Money, Cryptocurrency Investors Want Dead Executive Exhumed.”

But what exactly is crypto?  And why should we care about it? Having previously been considered too volatile, or too “faddish”, crypto has been recognized by many established companies, financial institutions, and governments as a valid means of exchange (payment).  Crypto has also gained increasing acceptance within the professional investment community as an asset to be considered when constructing a diversified portfolio.

Over the next four weeks we will post information outlining how crypto has developed, common crypto terminology, its risks, and potential downsides, as well as real world applications that include “NFTs.”

Your Philanthropy Plan by Don Proteau

Billionaires Bill Gates and Warren Buffett have initiated a successful campaign called the Giving Pledge (givingpledge.org) to convince the super wealthy to ultimately give at least half their net worth to charitable causes. As of March 2013, 105 billionaires have signed on. Very Impressive.

On a more humble scale, most of us are in the process of filing our 2013 taxes and, as part of that annual ordeal, completing the T1 Charitable Donations Schedule, or paper-clipped our past year’s donation receipts for our tax preparer to deal with. If you are like most Canadians, those receipts probably reflect a potpourri of philanthropy: the campaign of a co-worker’s child, the knock-on-the-door solicitations, the emails from previously-supported charities, and perhaps monthly commitments paid directly from your bank account or credit card.

Insights and strategy from our highly respected portfolio managers: A wealth planning presentation from the experts at Assante Private Client, a division of CI Private Counsel LP.

At Assante, we are committed to providing clients with timely investment and wealth planning information on an ongoing basis. Through our relationships with some of the most seasoned and respected portfolio managers in Canada and around the world, the Wealth Matters webcasts give participants regular access to valuable insights and expertise directly from the teams overseeing our managed solutions. You can learn more about the opportunities our portfolio managers are seeing in the market and some of the strategies they are implementing on your behalf.

The following websites offer a wealth of information for investors: